Tune in to hear 34 musicians from around the globe present new music, collaborations & more, in culmination of the 7-week OneBeat Virtual residency

Resonation To Infinity and Beyond

12pm EST
Can sound help us regenerate and recreate ourselves in every realm of being?

Resonation To Infinity and Beyond

12:00 pm
Can sound help us regenerate and recreate ourselves in every realm of being?

Music has the power to heal wounds that you didn’t even know existed. In our current lived experiences, grief and loss are synonymous with our real and virtual experiences. Can sound help us regenerate and recreate ourselves in every realm of being? Can we heal through a deep dive of technological pathways that shed your current skin? Technology and music give us immense power to be able to heal ourselves and recreate the world we want to live in. This manifestation coupled with the power of collaboration creates endless possibilities to invoke a sense of collective healing. 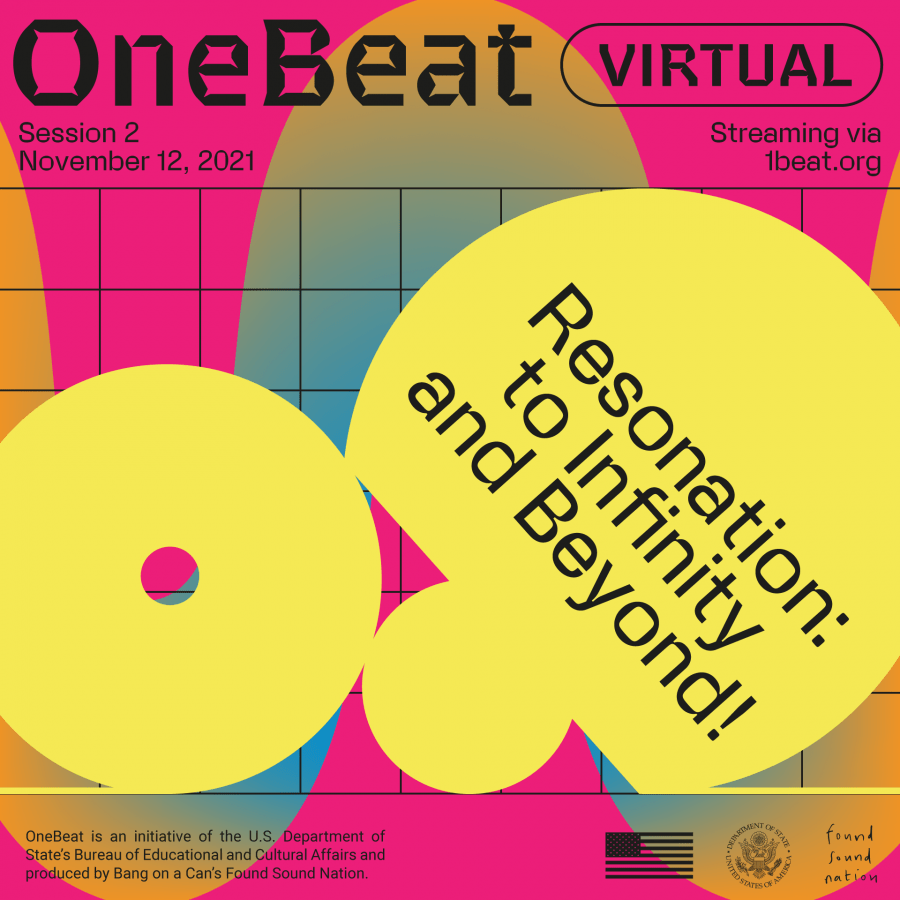 Where to land after the pandemic? Last year, French philosopher Bruno Latour wrote an article looking at what he called ‘barrier gestures’ – masks, walls, dividers, no-fly zones – all the things that were suddenly put in place to keep other elements out. Latour proposed that we imagine these ‘barrier gestures’ not only against the virus, but also how they might guard against other activities that we do not want returning after the pandemic, and the new opportunities this presents us. He poses a collective examination through 6 questions that call for reflection on the gestures we can assume to improve the activities we support and guard from those we don’t. In this elective, we attempt to offer an answer to these questions and others by articulating music as a sound-oriented common language allowing for cross-cultural collaboration. 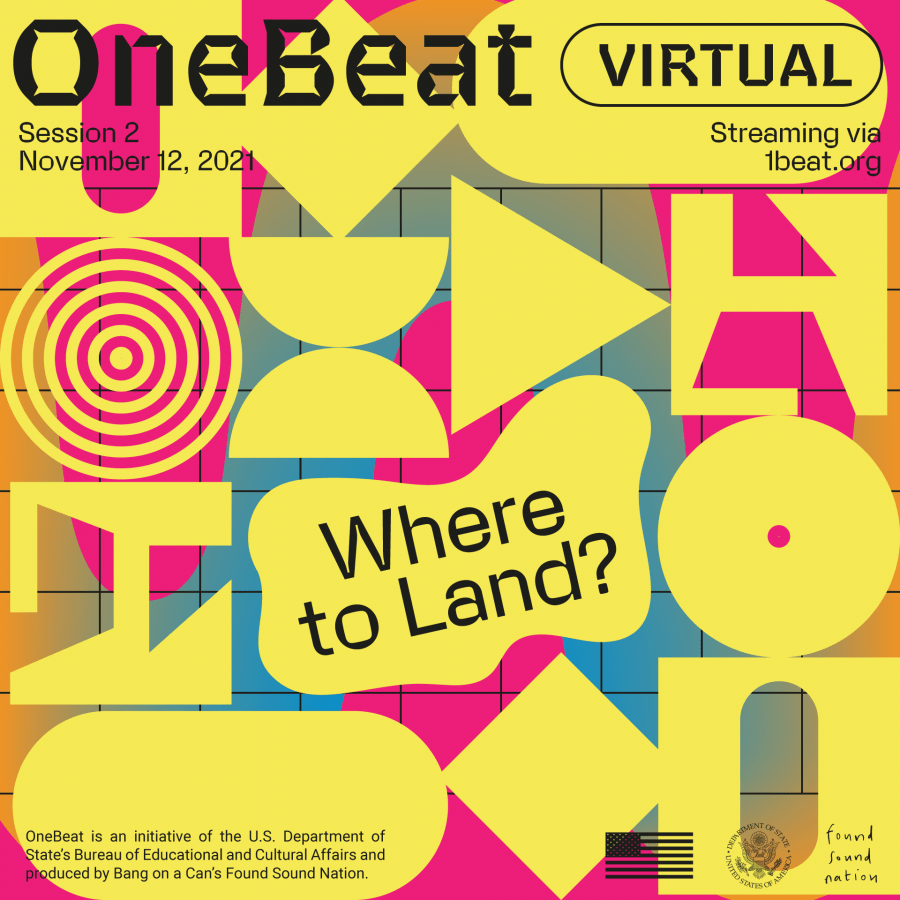 2pm EST
The dimensions of radio made into a 'physical' experience

2:00 pm
The dimensions of radio made into a 'physical' experience

Welcome to the Building Radio space, where we have taken the dimensions of scanning, tuning, and exploring of listening and made it a ‘physical’ experience. As a listener you can navigate through this space and ‘build’ your own unique radio experience by scrolling and playing the audio and video files. Don’t be afraid to get lost or feel a little bit chaotic. You’ve got to play it to believe it!

Visit https://buildingradio.hotglue.me/ to build your radio

Best experienced on a desktop in Chrome and Firefox browsers. 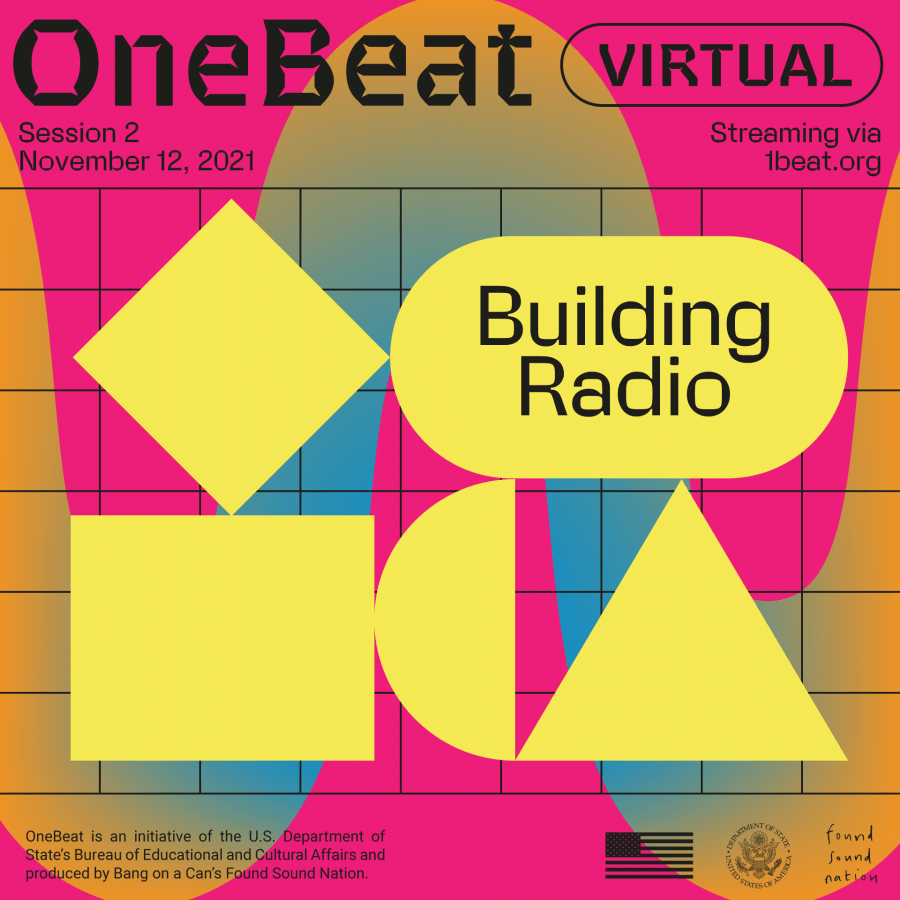 Everything Old is New Again

2:30pm EST
How does a traditional song stand the test of time?

Everything Old is New Again

2:30 pm
How does a traditional song stand the test of time?

How does a traditional song stand the test of time? How does this music connect us in our shared humanity? In this concert we will explore how humans are able to reframe, revise, re-tell, and re-create the songs of their ancestors in ways that make them fresh and relevant to new generations. 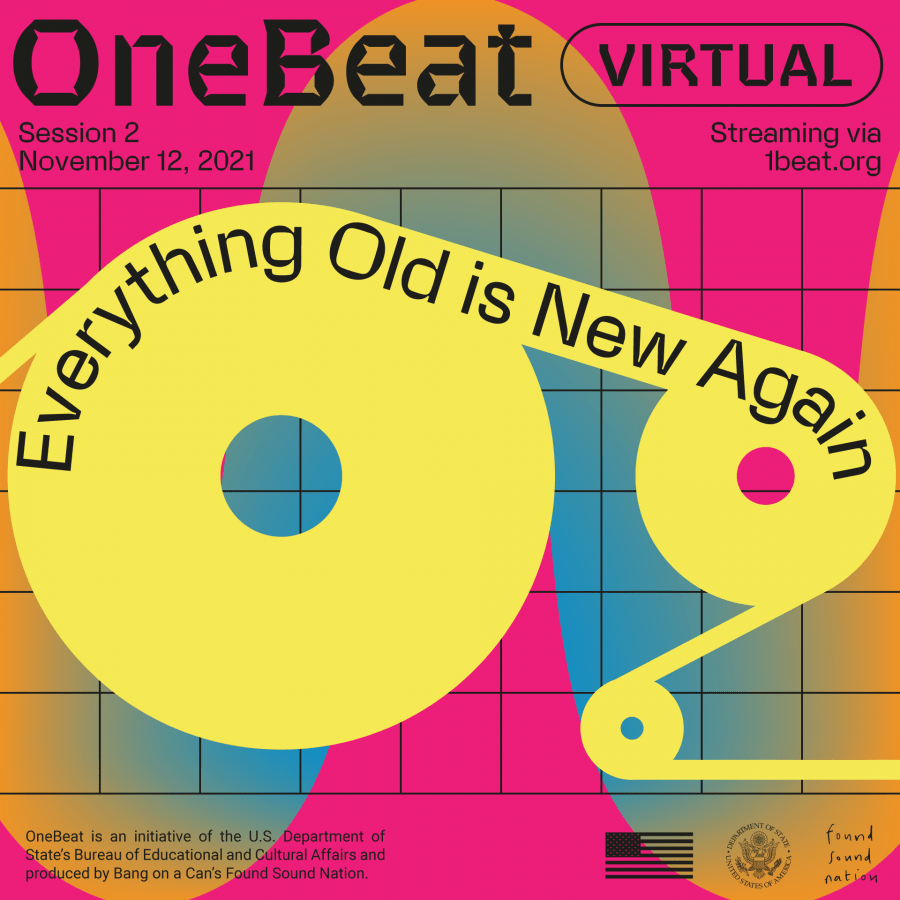 Journaling The Back Of The Mind

3pm EST
What if we could return to every sound we created as a physical object?

Journaling The Back Of The Mind

3:00 pm
What if we could return to every sound we created as a physical object?

Unlike imagemaking, our daily soundmaking practice exists one moment and disappears the next.  What if we could return to every sound we created as a physical object, hear it again exactly as it was born, reflect on it, discuss it with others, and find collective meaning, compassion, and inspiration through it? 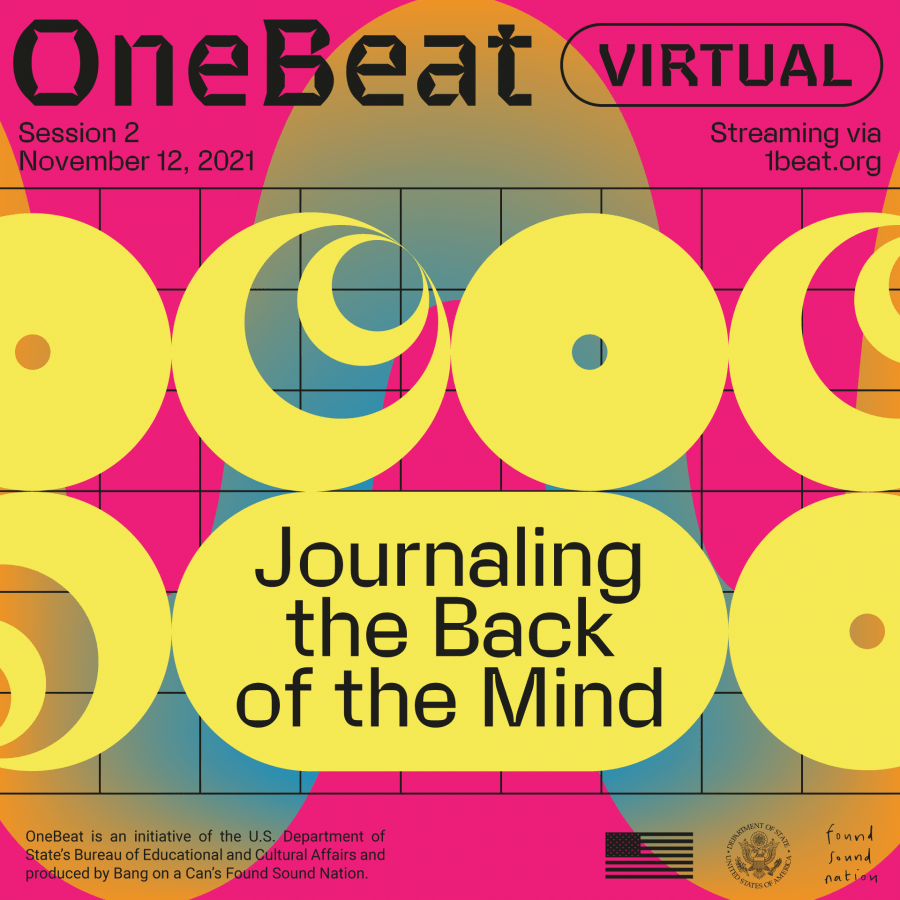 Experiments in Songwriting and Production

Experiments in Songwriting and Production

4:00 pm
Six producers come together to explore and upend the organization of sound 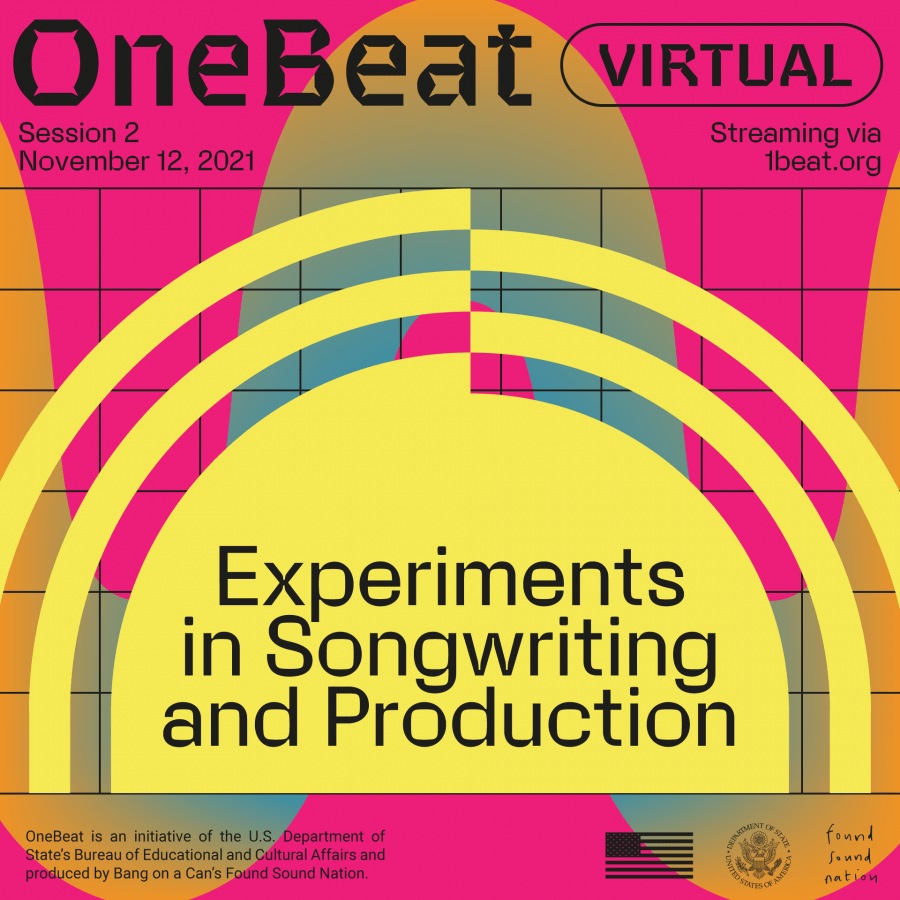 5:00 pm
Sonic portraits and collages inspired by the theme of widening the continuum of listening

Portraits A – Short sonic portraits inspired by the theme of widening the continuum of listening –  between music, organised sound, ambient environmental noise, and variations

A sonic radio collage melding diverse soundscapes from various parts of the earth- connecting field recording with environmental dialogue between members in the elective.

“What does this say about where I live” 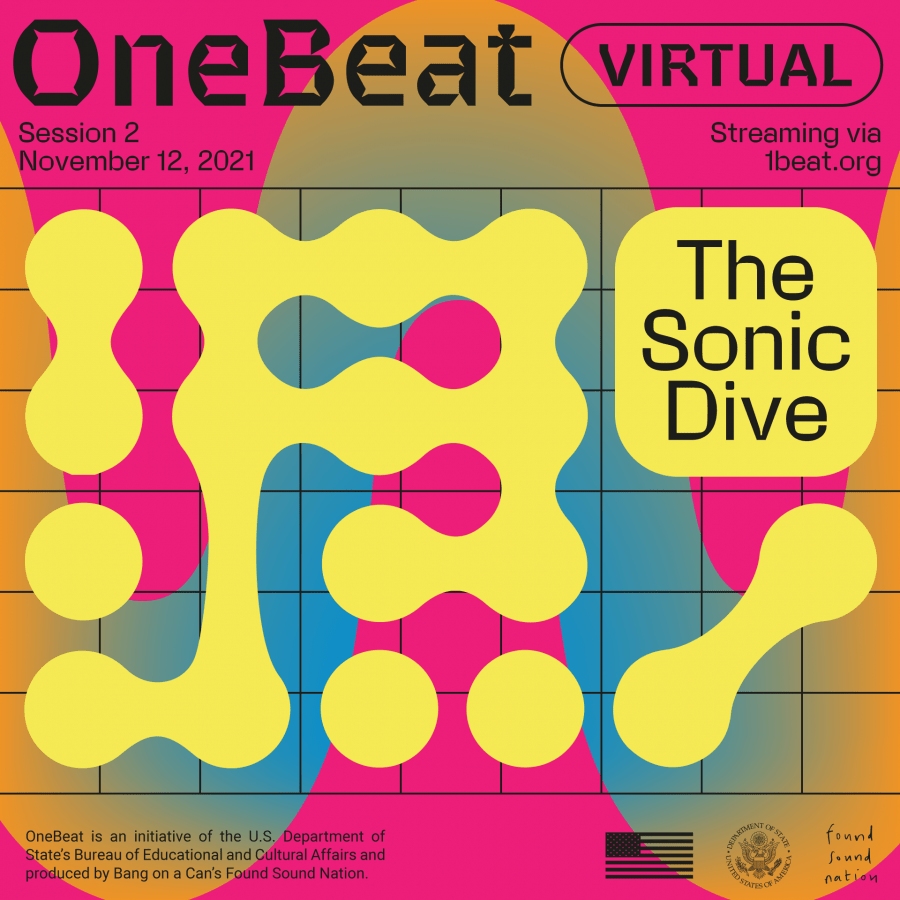 Join us on Zoom for the OneBeat Afterparty with a set by Raldie Young, coming live from Lagos, Nigeria.