This fluttery song combines the musical imagination of Anna Roberts-Gevalt, a Baltimore-based old-time fiddler/guitarist/vocalist/shadow-puppeteer, and Javanese superstar songstress/composer Peni Chandrarini, as they weave a timeless song of love lost.

Remixed by OneBeat 2013 alumnus Mitya Burmistov (aka MITYA) from a live recording from the Albuquerque Rail Yards, this tune is international digital collaboration at its trippiest.

Recorded at Jeremy Barnes’ House in Albuquerque, NM, this track begins with a traditional Kyrgyz song performed by Askat Jetigan, which then gives way to an ensemble piece led by Egypt’s Shereen Abdo.

The “Barnhouse” Ensemble got its start rehearsing in the Barn at Montalvo Art Center, where our producer Griff had set up his studio. This unlikely collective combines a bit of house music, hip hop, and funk, and features Alex Asher on Trombone, Sara Lucas on vocals, and the poetry of Dahlak Brathwaite.

This trio features Sara Lucas singing in Spanish, Maria Gonzales on Bandola Llanera (a four-stringed lute from the Venezuela plains), and Daniela Serna on tambor alegre (the happy drum). These three wrote this song together while in residency at the Montalvo Arts Center, and it became a launching-off point for the LaDaMa ensemble, which will be touring the Americas this spring, giving concerts and women’s empowerment workshops (LaDaMa also includes Lara Klaus).

Based on a recording from the final performance at the Albuquerque Rail Yards, led by Colombia vocalist/saxophonist/marimba player Esteban Copete, and remixed by OneBeat staff member Nandi Plunkett, frontwoman of the up-and-coming band Half Waif.

Based on a violin piece written by Kyla-Rose Smith, reflecting on her childhood hikes near Johannesburg, this song includes the haunting Xhosa vocals of fellow South African Bongeziwe Mabandla.

A late-night improvisation featuring Anna on fiddle, Neil on Ruan, and Maria on Bandola.

This song is an homage to the wonderful Sri Joko Raharjo, who was a OneBeat fellow for the first year of the program in 2012. Sri Joko came from a long line of Dalangs, a Javanese tradional art that combines puppeteering, storytelling, song, dance, and mastering all of the instruments of the gamelan ensemble. Tragically Sri Joko was killed along with his wife and infant son in an automobile accident on June 9th, 2014. His creative spirit, incredible human warmth, and radiant sense of humor will forever be an inspiration to artists around the world. He is survived by his six-year-old daughter Nala. This piece, written by his friend and musical collaborator Peni Chandrarini, pays respect to his brilliant and all-too-short life and eternal spirit.

Another remix-from-afar, this track is based on a recording of an ensemble led by Russian accordionist Alexander Shirunov, and creatively remixed by his countryman Anton Sergeev (Anton Maskeliade).

Day Of The Dead

Our final performance in Albuquerque coincided with the traditional festival of the Day of the Dead, which inspired Kyla and Sanaya to create a sound-art piece based on staff and fellows’ reflections on death and the afterlife or the lack thereof, and messages sent to deceased friends and family. 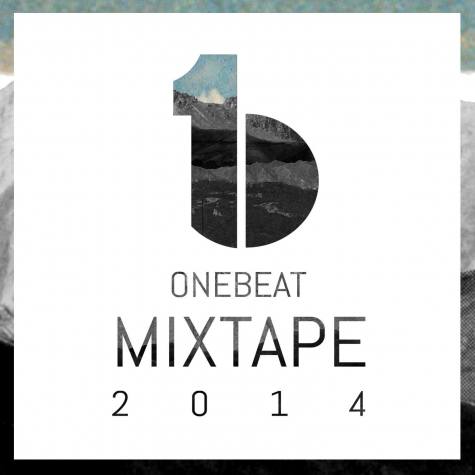 Announcing Season 2 of the OneBeat Podcast