Helga Davis is a New York based artist whose interdisciplinary work includes collaborations with composers and choreographers alike. In 2001, Wire Magazine’s David Keenan described Helga as “a powerful vocalist with an almost operatic range and all the bruised sensuality of Jeanne Lee.” She has recently starred in The Blue Planet, written by Peter Greenaway and directed by Saskia Boddeke and in The Temptation of St. Anthony, directed by Robert Wilson, among many more.  In March 2007 Davis began hosting Overnight Music on WNYC and was awarded the ASCAP Deems Taylor Multimedia Award for hosting 24:33: twenty-four hours and thirty-three minutes of the playful and playable John Cage. Famed director Robert Wilson says of Helga, “Helga Davis is a beautiful, natural performer with an inner power and strength that is truly unique. She combines voice and movement in a united whole that is spellbinding. Her genius in her stillness and quietness evoke a very deep emotion. She is radiant in every way.” 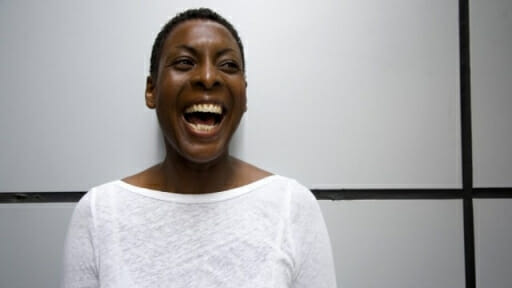