Sisters, OR
Premiere: 25 OneBeat fellows from around the globe present original new works, celebrating young musicians in Sisters and Bend

The first public OneBeat performance of 2017, this show is a casual, heartfelt, and a bit of a rowdy mix of traditional tunes from around the world, group improvisations, and world premiers of works in progress. A celebration of connection with the community, some of the musical material will be inspired by youth music workshops in Sisters and Bend, and the improvisations will include local Oregon musicians. From the sublime to the sublimely funky, come expand your eyes and shake your feet.

3:00 pm
The Suttle Lodge
13300 US-20, Sisters, OR 97759
Site-specific works tailored to a cozy cabin setting, featuring a live film score by OneBeat Fellows

Emerging from their intensive artist residency at the Caldera Arts Center, OneBeat Fellows will converge on Deschutes National Forest for a special night of site-specific works tailored to a cozy cabin setting. Please arrive early to enjoy vittels from the Boathouse and Skip bar. Skip Bar will close at 10pm.

Presented by the Suttle Lodge

Boise, ID
A night of performances reflecting on global diasporas

Join the global musicians of OneBeat and local artists for an evening of songs and stories exploring migration and diasporic movement. Potluck dishes are encouraged, all ages welcome!

Co-presented by Treefort , the City of Boise and Global Lounge 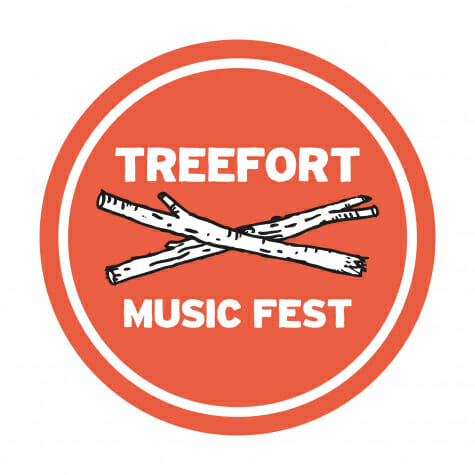 Join our OneBeat fellows for a stripped down pop-up performance inside Idaho’s famed independent music store, founded in 1977! Presented by Treefort Music Fest, the City of Boise and the Record Exchange

Boise, ID
An evening of kinetic-inspired performance and skate culture

Working with local skateboarders, OneBeat Fellows lead a motion-based performance in Boise’s storied Rhodes Skate Park. Co-presented by Treefort and the City of Boise and the Boise Skateboard Association.

Boise, ID
A musical celebration of local and global community

Co-presented by Treefort and the City of Boise

5:30pm: Join us for a meet & greet and series of interactive installations in the Center Lobby

OneBeat will present an unforgettable evening of ensemble performances, interactive sound art and a celebration of global community through music in our first (and only) appearance in Jackson Hole.

Presented by KHOL Radio in partnership with Center of Wonder

October 17 | 6:30PM
Beats Of The Antonov – A film by Sudanese director Hajooj Kuka. This film explores how music binds a community together in the Nuba Mountains, offering hope and a common identity for refugees engaged in a fierce battle to protect their cultural heritage and traditions.
Director: Hajooj Kuka
Running Time: 68 minutes

October 18 | 8:00PM
Quest – An intimate documentary film that captures ten years in the life of a family living in North Philadelphia. Filmed with vérité intimacy for over a decade, Quest is the moving portrait of Christopher “Quest” Rainey, along with his wife Christine’a, aka “Ma Quest,” who open the door to their home music studio, which serves as a creative sanctuary from the strife that grips their neighborhood. Over the years, the family evolves as everyday life brings a mix of joy and unexpected crisis. Set against the backdrop of a country now in turmoil, Quest is a tender depiction of an American family whose journey is a profound testament to love, healing and hope.
Director: Jonathan Olshefski
Running Time: 104 minutes

Fort Collins, CO
Dome Studio: a radically collaborative experience of sound as a living ecosystem in the form of a sonic geodesic dome

10:00 am
Downtown Fort Collins (Location TBA)
Dome Studio: a radically collaborative experience of sound as a living ecosystem in the form of a sonic geodesic dome

OneBeat Fellows will construct a sonic geodesic dome and sound-creation environment in downtown Fort Collins.  Groups and passers-by can come inside and record original music with 8+ other people simultaneously. Previous versions of the dome (“The Ouroborium”) designed by Found Sound Nation have been featured at TED2017, and Moogfest.  For the Fort Collins Dome we will be collaborating with The Boys & Girls Club, and students from Colorado State University.  Members of the Fort Collins community are invited to come and interact with us to create unique sound pieces and musical improvisations – no musical experience required!

Presented in partnership with The Music District and the Downtown Fort Collins Business Association.

This event will feature new works by our OneBeat musicians from around the globe, accompanied by conversations with fellows and local artists about music and its role in building healthy communities. Presented in partnership with The Music District

Fort Collins, CO
A site-specific performance in CSU's beautiful Organ Hall with OneBeat musicians from around the globe and students from CSU's University Center for The Arts.

Global and local collaborative sounds resonate in the beautiful acoustic space of CSU’s Organ Hall. Join our incredible OneBeat musicians and students from The University Center for The Arts as they collaborate on a rapid music creation workshop and performance.

Presented in partnership with The Music District and Colorado State University.

OneBeat presents a live film score to Koyaanisqatsi: Life Out of Balance, the renowned experimental film by Godfrey Reggio with an original live score composed and performed by OneBeat musicians.This event is the culmination of OneBeat Movie Nights, a week of film screenings at the Armory during our OneBeat residency in Fort Collins.

Presented in partnership with The Music District and Create Places.

Fort Collins, CO
Sound and Spirit: Exploring how musical storytelling can change our relationship with community, society, and the natural environment.

Sound and Spirit — OneBeat musicians will explore how musical storytelling can change our relationship with our communities, our societies, and the natural environment. You’ll hear haunting songs from Kyrgyz rising star Aisanna, gltichy beats from Jordan and screaming trumpet solos from South African trumpeter Mandla Mlangni, all intertwined in heretofore unheard-of ways, while surrounded by immersive video projections. This show will also feature songs created with youth from the pioneering social justice organization Youth On Record, in the week preceding the show. Presented in partnership with The Music District and Downtown Artery.

OneBeat joins with Colorado’s most revered book fair for a series of panel discussions. Presented in partnership with 2017 FoCo Book Fest

The Pulse: Musicology, Society and Nature: In music theory, pulse consists of beats in a repetitive pattern; what draws us along to we tap our feet. Join musicologists, Mark Pedelty, Kip Lornell, Stephen Witt, environmental writer John Calderazzo and a OneBeat fellow as they talk about music and its repetitive pattern and influence in society and nature. Led by Bryce Merrill of the Bohemian Foundation.

Rhymin’ – Hip Hop Poetry: Rap music tells us a unique story through its masterful use of poetry set to beats. The emcee is spinning webs of quick, hard hitting thoughtful commentary, freestyling and all while making entertaining music. Come listen to this discussion with The Flobots’ Stephen “Brer Rabbit” Brackett, hip hop/music journalist Kyle Eustice Lukes, and a OneBeat fellow about the art of Rhymin’, being a woman in hip hop business, the musical artistry and how it provides important social perspective in the United States and around the world.

OneBeat musicians curate an afternoon of unusual musical delights featuring an interactive Street Studio, a repurposed geodesic dome for sonic creation, a one woman circus, and the Playtronica Art Lab .

Presented in collaboration with the The Music District, and the Downtown Fort Collins Business Association.

Fort Collins, CO
Final Show: An extraordinary group of 25 musicians hailing from every corner of the world

3:00 pm
The Armory
314 E Mountain Ave, Fort Collins, CO 80524
Final Show: An extraordinary group of 25 musicians hailing from every corner of the world

An extraordinary group of 25 musicians hailing from every corner of the world — close their month-long U.S residency and tour with a one-of-a-kind final performance at The Armory, Fort Collins. Presented in partnership with The Music District.